‘Transient objects’—ephemera in Arab Identities Behind the scenes

The exhibition Arab Identities, images in film (fall 2019) contained several examples of film ephemera in physical form, specifically film posters and lobby cards (film stills combined with film information which used to adorn the lobbies of cinemas before digital signage). These and other physical objects in the exhibition highlighted the representation of identity in films extending beyond the film itself into related marketing and still-image visual representations.

The physical objects were accompanied by digital labels. These are housed on iPads which allow for a form of label which includes the traditional written information along with additional imagery and moving image, adding context to the object. A job of these labels, where each houses information about multiple objects, is to make it clear to the visitor which object is which—and the easiest way to do that is to use a digital version of the object. However, that is not as easy as it may sound. Welcome to some of the intricacies of ephemera, copyright and digitization.

“Simply put, digitizing involves copying, one of the exclusive rights of the copyright holder . . . digital technologies have transformed the copyright landscape, and the operation of copyright in the digital environment continues to evolve in response to changing technology and situations that were inconceivable in the analog world.”1

Film posters and lobby cards were created in the analogue world as disposable products, items to be thrown away once a film had finished its theatrical release. Indeed, many film posters the museum considered for exhibition inclusion included statements on them about when they were to be destroyed. Fortunately, nobody paid attention. Ephemera—"the minor and transient documents and souvenirs of everyday life”—are vital to many exhibitions for they can “transport both scholarly researchers and the general public to the level of the familiar, the forgotten, and, at times, the marginalized.”2

The posters and lobby cards in the exhibition were on loan from a private collection in Beirut of thousands of film posters and related ephemera. An interview with the collector, Abboudi Bou Jaoude, can be found on this website’s Explore Content page. Respecting both Qatar and US copyright requirements, and museum best practice, all details of the object and lender were represented on the digital tablet in each object’s ‘tombstone label’ (as museums delightfully call them).

Any digitization of an object, such as its display on a label, involves copying which is potentially fraught with legal unknowns. Ephemera, as a disposable object, is particularly difficult to trace with regard to copyright and original creator and owner. An object may have been created with multiple inputs—a designer, an artist or multiple, writer, translator, typographer, typesetting for the small print, screen printers for some older posters or printing companies for newer ones, aside from the filmmakers, producers and studio. And even if ownership can be established, organizations can close down with no obvious successor.

These are the difficulties common to digitizing any object. However, digitizing an ephemeral work brings further complications. Unlike films or publications for example, the original owner often has no structures for licensing this kind of content; when a studio closes, they may sell on their catalogue of films to another studio or distribution house, but they rarely do so for ephemera. Therefore, it is not uncommon to have a dearth of information and leads to follow in your attempt to contact copyright holders and gain their permission to digitize.

Based on these aspects we chose to represent these objects on the digital labels through graphic representations which used the primary colors of each object and main components without any detail or text. Fortunately, several of the objects featured distinctive colors or color combinations, which means that object and graphic image can be easily associated. (Though it should be noted that this is not necessarily ideal for visitors who are color blind or have similar visual conditions.)

We have accompanied this article with some of the graphic representations created for the exhibition for posters and lobby cards. As a work-around we feel they performed very well, and indeed, some are quite beautiful in their own right. 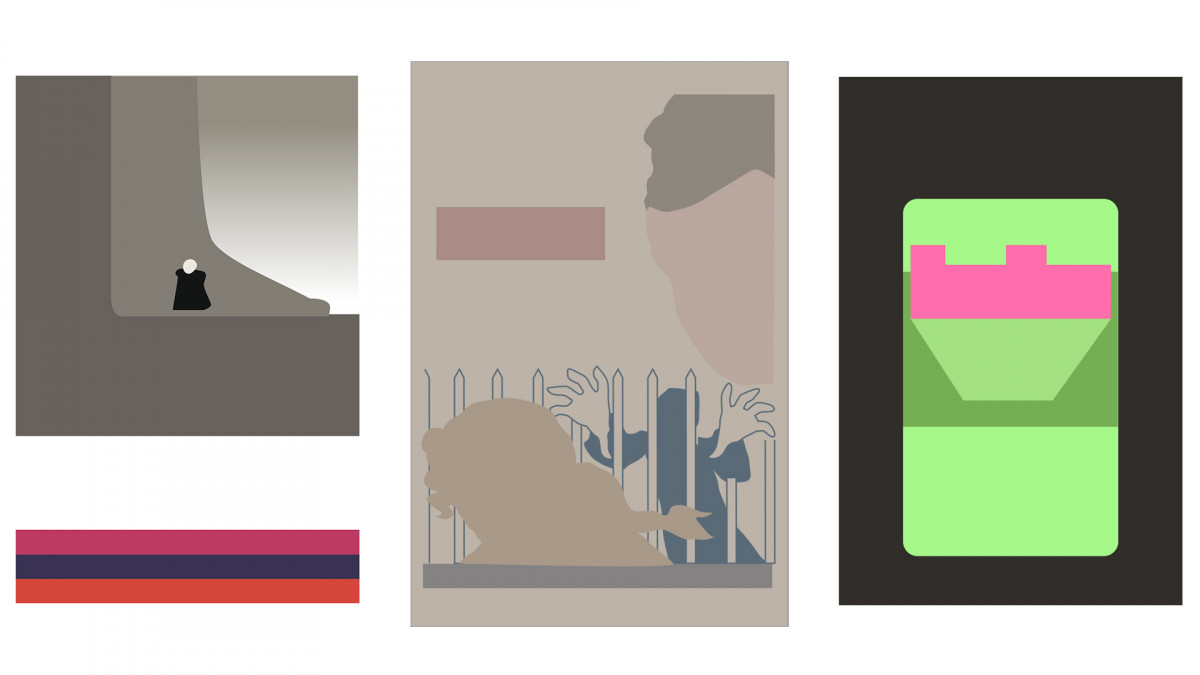 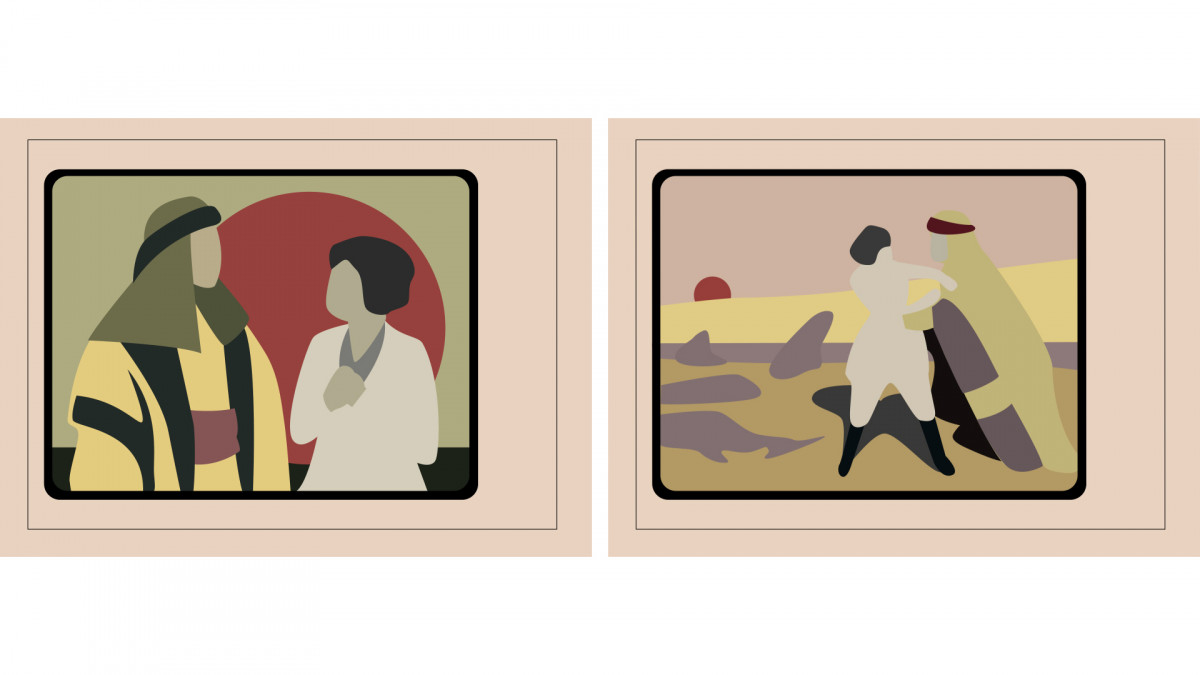 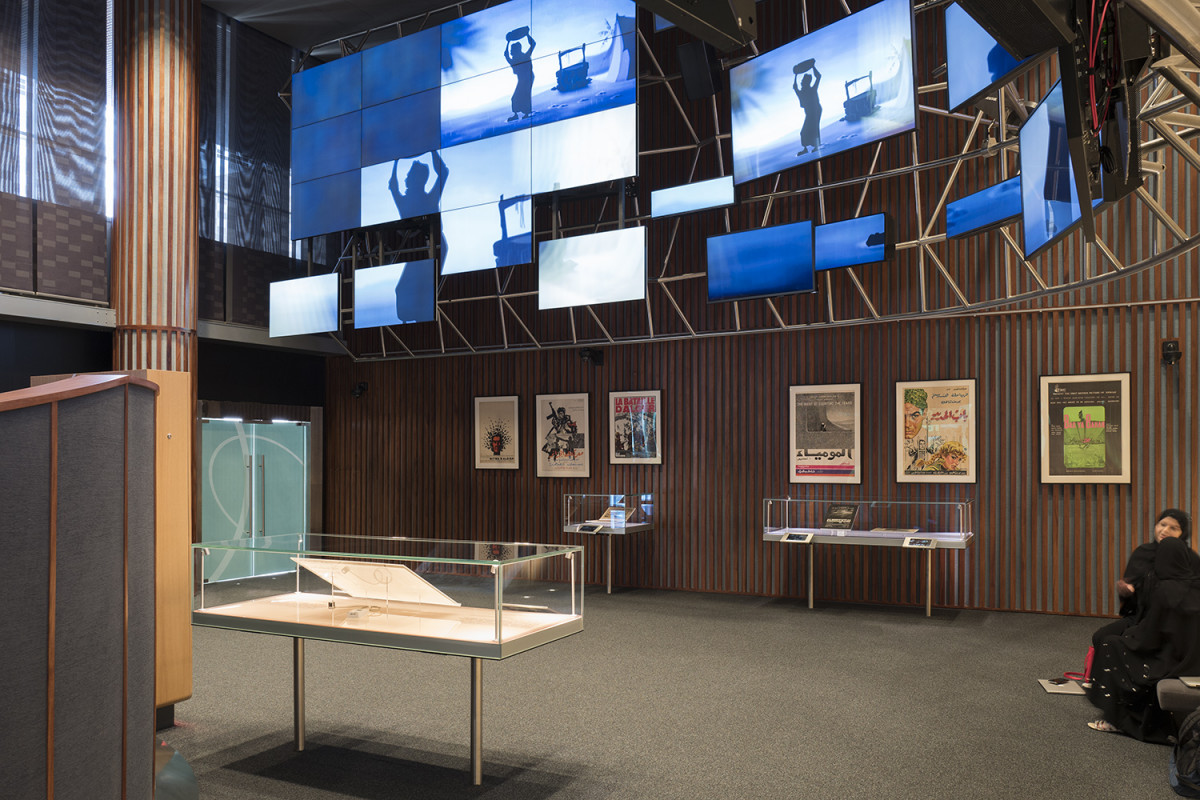 1. Page 65 in, J. Dryden (2014) ‘The Role of Copyright in Selection for Digitization’, The American Archivist 77(1) spring/summer, p.64–95.
2. Page 1–2 in, ‘Illuminating New York City History through Material Culture: A Proposal to Process, Catalog, Digitize, and Rehouse the Ephemera Collections of the Museum of the City of New York’, narrative section (attachment 3), application to the National Endowment for the Humanities, Division of Preservation and Access, Washington, DC., 2013. Retrieved from: https://www.neh.gov/sites/default/files/inline-files/museum_of_the_city_of_new_york_digitizing_the_museums_ephemera_collections_0.pdf

Previous article
Behind the scenesApr 25, 2020

Hadeel Eltayeb
Next article
Behind the scenesOct 14, 2019

Exhibitions: What exactly is interpretation?

Start exploring unique content from our exhibitions and discover the relationships among them. You can follow paths to uncover new stories or use our search functions to filter content.